Visual: interprétation of MadMen seen on the excellent website of the Helvetica lovers.

Would not be the crazy currently enthusiasm for TV series a thirst of content from the spectators ? Of a content more subtil and

deeper than just a good story? Of an affection for the characters who have the time – and who take it – to reveal who they are and take part of our life?

Isn’t what every advertiser dreams on?

We all know that in communication too, sagas has a much more powerful effect than a one shot. The brand, if remaining herself, creates long term relationships with her public. Not only its awareness increases, but the affectivity for her too. The brand can afford to go further than her competitors, so emerge and experiment new concepts. People knows her and will forgive her possible errors. Big creativity without (almost) any risks : sounds good for the brand’s image.

Emotionaly richer, reassuring (we know the characters and the context) series have an anti-crisis effect in these uncertain and heavy times. Would not it be nice for brands to think a story in time, rather than adding the same message on different channels? Note that the new hit series show an unmatched level of quality that pays off and that advertising should get inspired. 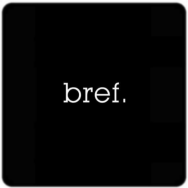